The Value of a Bicycle for Health, Fitness & Transportation

After returning home from his service during World War II, Dick Sonne was not satisfied with going into his family’s business, Sonne Brothers Jewelers. Therefore, Dick worked with his family until he positioned himself to invest in a business where he could follow his true passion and work to get others involved as well.  He started to make his dreams a reality: Dick opened a bike shop.

In 1964, Dick Sonne’s Bike & Hike opened in Utica, NY. Dick sold bicycles with enthusiasm, emphasizing the value of a bicycle as a tool for health, fitness and transportation, not just as a toy. During that time period nearly all bicycles were ridden by children. Dick was often harassed on road rides by drivers and people who thought bicycles were ridiculous, but he ultimately persevered in showing people the lifelong benefits of bicycles.  For twenty years, Dick Sonne built his business,  selling quality bicycles and service to customers with one goal in mind: getting people involved with cycling and promoting the benefits of the sport.

In 1984, Steve Sonne, Dick’s son, acquired the business from his father and continued what Dick had started. He still continues to offer the best products, selection, service and honest customer relations to Central New Yorkers. By maintaining such high quality products and service coupled with a true passion for cycling, Steve strives to fuel everyone’s interest in cycling so that they want to be educated, involved and eventually hooked on all the positive aspects cycling has to offer.  To this day those goals have not changed. Keeping customers happy and on their bikes is what Dick Sonne’s has always aimed for, and they never plan to change that goal.

At 95 years of age, Dick still rides his bike almost daily. In 2003 he was inducted into the International Cycling Hall of Fame for his dedication to and advocation of cycling. 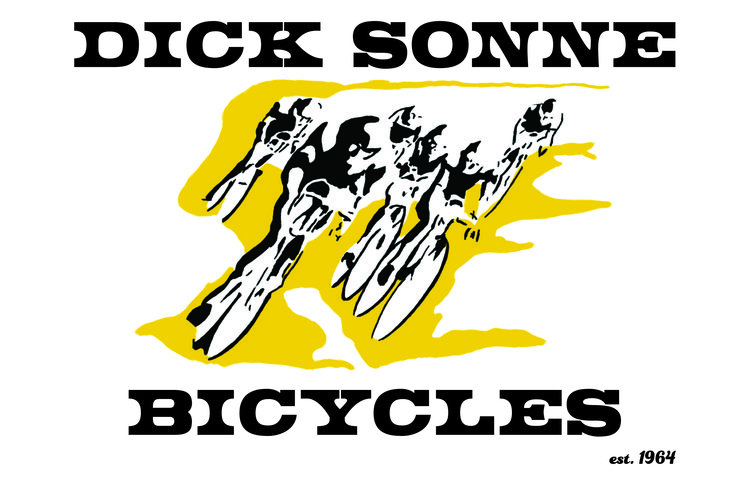 Why Shop With Us?

When you buy from Dick Sonne's your not just buying a bicycle. Every bike purchase includes:

We carry bikes from some of the world's leading manufacturers. Innovative companies making bikes for every type of terrain and rider. However you want to ride, we have the bike for you. Stop by the store to see our full selection and take a test ride.